Join me LIVE ON ZOOM every  Wednesday at 9 am Mtn Time for “Communicating Love: Healthy Moments”
(Note: Email me your questions and I will be sure to answer them in the weekly “Healthy Moments.” CLICK FOR ZOOM LINK) 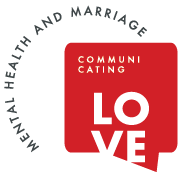 How do you find unity and feel satisfaction when you and your partner have different goals? The answer may take some creativity, but it’s fairly simple: find a bigger goal that includes both goals in it.

We tend to limit ourselves. We think of our goals like opposite ends of a sports field. The trick is, don’t limit yourself to only those areas. If you do that, you won’t be able to both get your goals at the same time. Find a bigger goal that takes you to the park; then you get the whole playground along with both of your goals!

Sometimes the goals—what each person wants—seem like such polar opposites that people give up. That’s the only way we ever end up with a lose-lose situation: when both parties give up. Avoid that at all costs.

Sometimes we give up what we want to create peace and do what the other person wants. And we keep doing that over and over again because the goal is peace.

But in avoiding that contention, one person loses just to keep the peace. And it really spirals when that person keeps losing and losing and the other person keeps winning and winning. There’s a point where this just gets built up so much that this person that’s constantly losing gets tired. It can take years, but eventually they get to this point where they say, “To heck with that, I’m tired of losing! It’s their turn to lose so I can win.”

And when we give up things that are important to us, we miss out on peace anyway. So it’ll always be win-lose.

The idea going forward is to never settle for any of this.

When you discuss goals together or things that you want to do, you have not reached a true agreement until you get a win-win. If what each of you wants (what each of you considers a “win”) seem to be opposing, then you need to create a goal that’s bigger than both of those. You’re not done until both of you are satisfied with the agreement, commitment, and outcome. That’s the only way you can really support each other.

Ways to Achieve a Win-Win:

If you wonder if you’re being unfair or expecting too much or too little, it can be good to get an outside perspective to evaluate that. Having some expectations is normal and healthy, but we need to be aware if our expectations are imbalanced or if someone’s being too persistent.

If you decide to let your partner win something, watch your tone. And if your partner lets you win, then thank them for it. Most importantly, make sure you don’t challenge them about it!

For example, let’s take Jack and Jill. Jill asks Jack to go on a walk with her. Jack, exhausted from work, first says that he doesn’t want to, but upon seeing Jill slightly disappointed, he changes his mind. With a large sigh, he says, “Fine, let’s go on a walk.” Nervous about his tone and attitude, Jill challenges him: “I mean, you don’t have to; it’s fine. You clearly don’t want to.”

Compare that conversation to this: Jill asks Jack to go on a walk. He’s tired and says he doesn’t want to. But he notices that she really wants to, so he changes his mind and says (without a sigh), “Okay, let’s go on a walk.” At this, Jill smiles and says, “Thank you, Jack. I really appreciate it.”

Jack’s mind began to change when he saw how much a walk meant to Jill, so in both scenarios, that’s why he finally says, “Let’s go on a walk.” It was honestly what he wanted at that point. Besides, the more he thought about it, the more he realized a walk would be good exercise. But, in conversation one, when Jill says, “You clearly don’t want to,” she just frustrates Jack. Instead, in conversation two, by sincerely thanking Jack, Jill helps strengthen Jack’s desire to go on a walk, and Jack feels the reward of making his wife happy.

Sometimes you can’t have a win-win. In situations like Jack and Jill’s, it totally makes sense to take turns winning. But remember to balance winning and losing! Consider reading Boundaries by Henry Cloud and John Townsend to know if you’re out of balance.

And if you need a good laugh, watch this video where Stephen Covey demonstrates how to create a win-win situation.

Rodney Limb has always enjoyed listening to people and helping them work out problems and struggles. As a Licensed Clinical Professional Counselor (LCPC), Licensed Marriage and Family Therapist, and a Nationally Licensed Hypnotherapist for over 20 years, he has helped hundreds of couples create a happy and thriving marriage out of disaster. He also provides counseling for anxiety, depression, stress, PTSD, and overcoming various behavioral addictions.

A Deeper Look into Spiritual Truths

In Genesis 2:18, the Lord explains that He would make “an help meet for [Adam].” The original Hebrew term for “meet” can also translate to “equal to.” Thus, Eve was a help equal to Adam. When individuals both give their best and work as equal partners, relationships become so much smoother, and both people win.

“Two are better than one, because they have a good return for their labor.” — Ecclesiastes 4: 9 NIV

Challenges We Can Help With

Get the same life-changing help from the comfort of your own home.